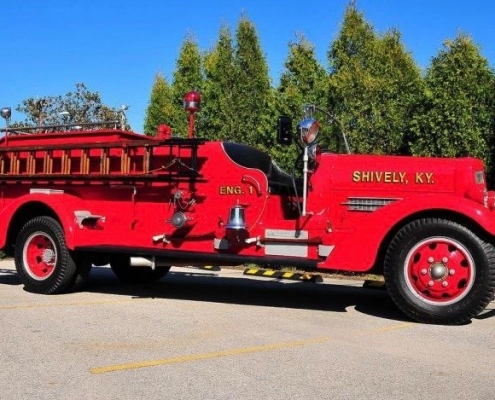 Shively Fire Department as now known, was established as St. Helen’s Volunteer Fire Department, and carried that name until the City of Shively was incorporated in 1938.

With a recorded 196 members, the St. Helens Volunteer Fire Department was housed at the Home for the Aged and Infirmed, located on the property that is now the Southland Terrace Shopping Center. The first outfitting for the fire department was a horse drawn engine capable of pumping 650 gallons per minute and carrying 800 feet of hose plus other assorted tools needed for firefighting.

With the incorporation of the city in 1938, the fire department was renamed the Shively Fire Department. A full time chief and two firefighters were hired to provide around the clock watch at the station and were supplemented by approximately 35 citizens as volunteers.

Information and photo credit to: 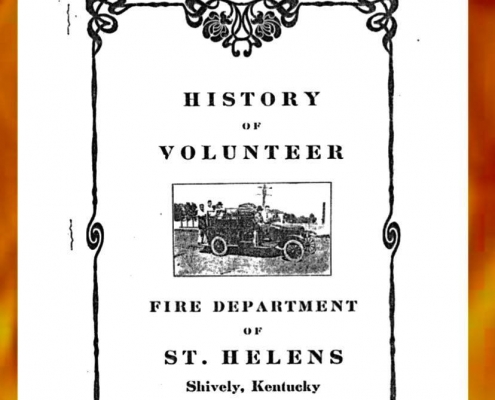 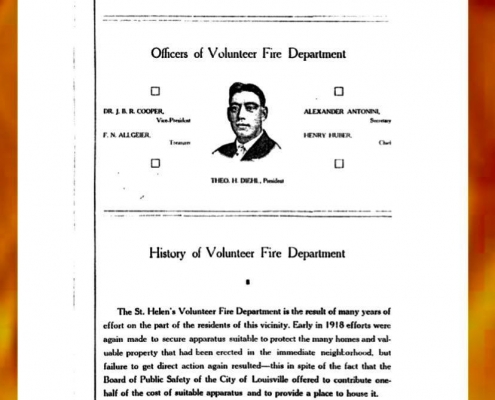 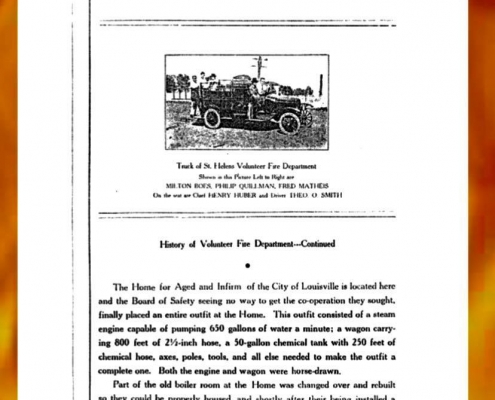 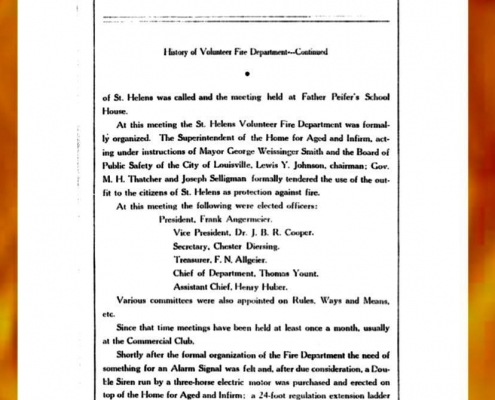 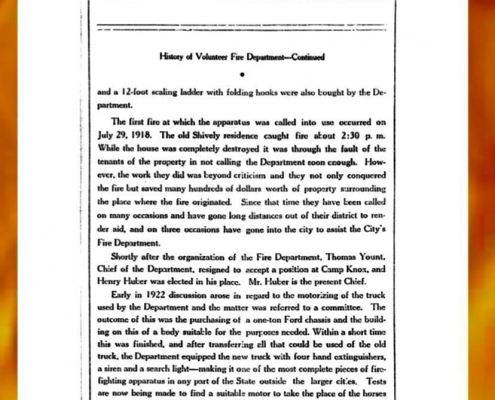 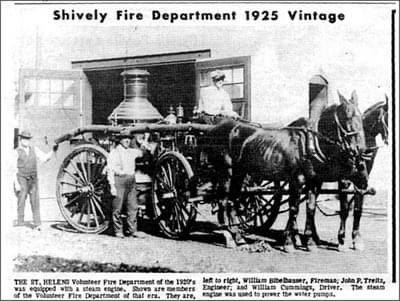 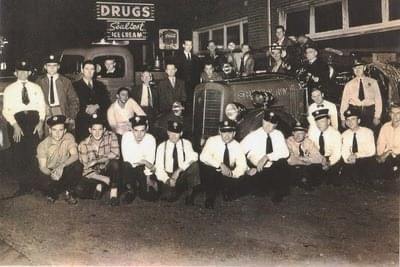 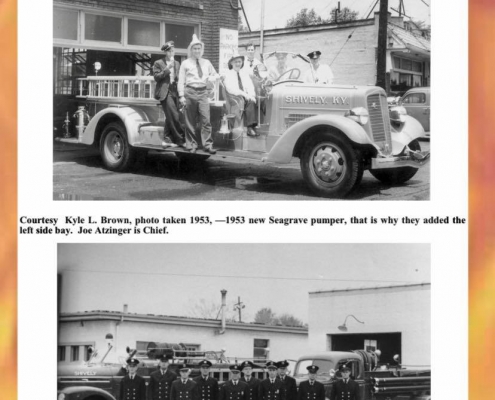 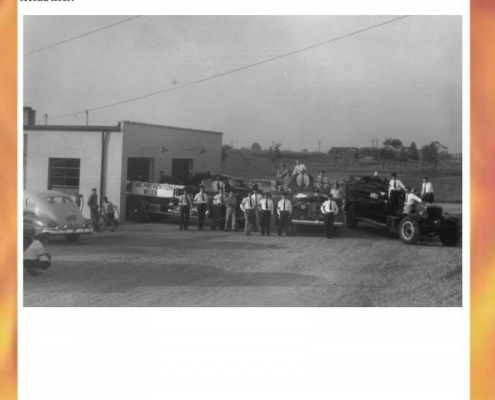 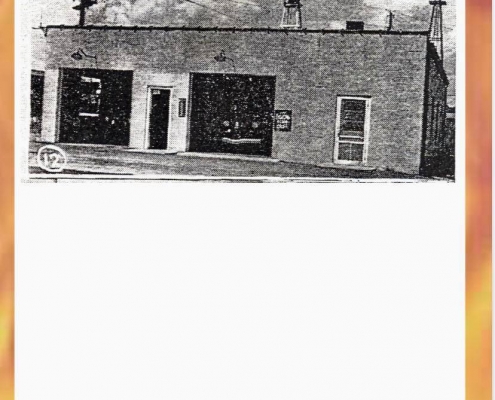 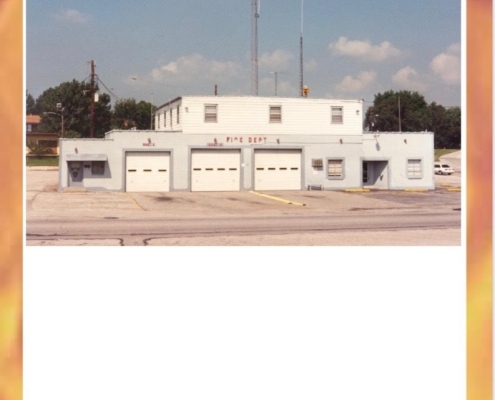 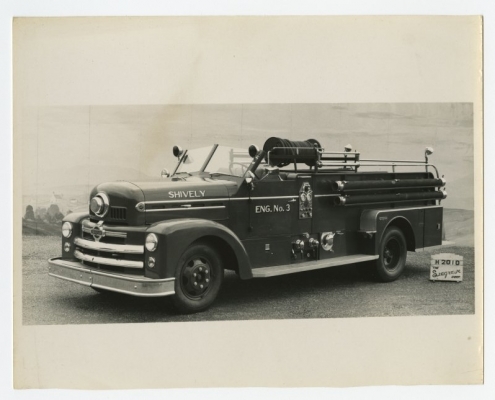 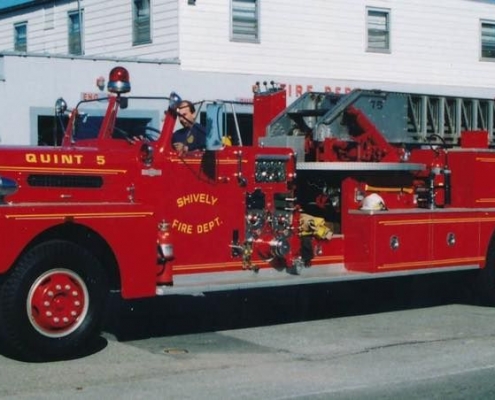 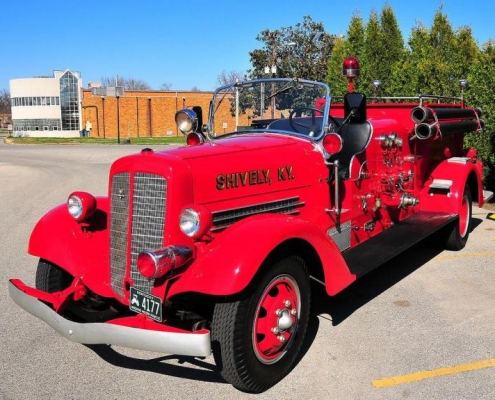 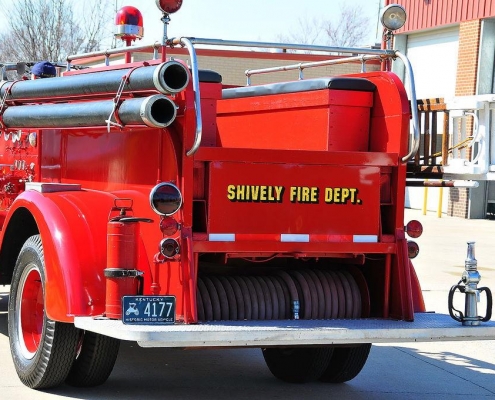